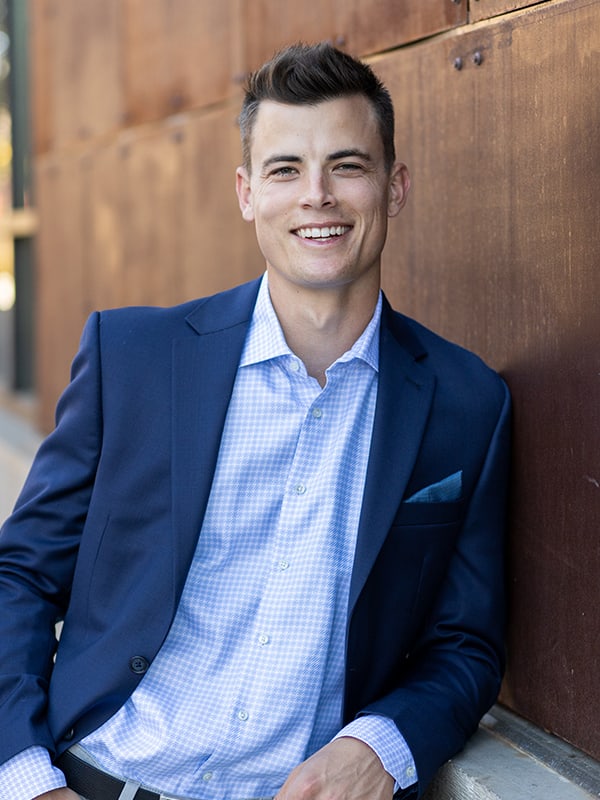 Hutton Moyer has moved over 60 different times in his life. He’s lived in states as different as Florida and Indiana, Pennsylvania and California, Colorado and Alabama, and cities as distinct as Baltimore and Dallas, St. Louis and Provo, South Bend and Rochester. He likes to think his father, former MLB pitcher Jamie Moyer, imparted two lessons learned from a lifetime on the road: the importance of home and a love of baseball.

A former professional ball player himself, Hutton played short stop for the Anaheim Angels after being drafted out of Pepperdine University where he played collegiately. Hutton attributes much of the qualities that make him a successful realtor – patience, tenacity, and hard work – to his time in the major leagues.

Wanting a more settled life for his daughter and wife, Hutton transitioned to the real estate world and spent three years working for Barry Estates in San Diego, CA. As the highest volume firm in San Diego, itself one of the largest luxury home markets in the world, Hutton and his team sold $231 million dollars in residential real estate in 2018 and $249 million in 2019, consistently maintaining the firm’s standard of excellence that has led Wall Street Journal to rank them as the #1 Team in San Diego every year since 2008.

Hutton’s ultimate goal has always been to return to the city that welcomed him and where he spent his formative years: Seattle. With longstanding ties to the region and a love of the Northwest kindled by his family’s history with the Mariners, Hutton is elated to be back where he belongs.

His personal philosophy and real estate practices are centered on empathy. His own personal background has shown him the emotional, financial, and personal stakes involved in buying a new home. Moving can be an exciting, nerve-wracking, or even difficult experience, and Hutton’s goal is to make the entire process as seamless, easy, and joyous as it should be.

Hutton works out of the Madison Park office location, specializing in residential real estate in the greater Seattle and Bellevue areas. He works with first-time home buyers, move-up buyers, executive relocations, and high net worth individuals to deliver results that always aim to exceed his client’s expectations. He lives in Madrona with his wife, a longtime resident of the city, their four year old daughter, Cameron, and their one and half year old, Lola. He’s also active in local youth baseball organizations as a coach and an ardent believer in the sport and its power in young kids’ lives.

"I've worked with Evan on my last two (2) real estate transactions and would recommend him highly. In my opinion, he differentiates himself amongst the field in that his priorities are aligned with mine: 1) value, 2) location and, 3) transparency. Evan understands that today's buyers and sellers are equipped with tons of information, his purpose is to augment that info with value-added real estate skills. I like to call him the "smart" REALTOR®. On a more personal level, he's just a likable guy too. Think about that when you're going to spend a lot of time with your REALTOR®!"

"We chose Evan to help us sell our home after speaking with several other REALTORS®. He was wonderful! He has the rare ability of having professionalism, expertise, knowledge of the market, and an incredibly friendly, easy-going personality. He sold our house within 5 days, negotiating over the asking price and allowing us to stay after it closed until our new house was ready. I would recommend him without reservation."

"I have used Evan for all my personal listings and purchases from day one. When clients ask for help in real estate, I have referred everyone. My reputation is on the line making referrals to help my clients and the confidence I have in Evan's abilities has never disappointed. Its nice to always have a "go to" person to get it done!"

"Very respectful of our privacy as we were making a major change in our lives. His negotiating skills were professional and he answered all of our questions as they came up. He was kind and patient with us as we made a life changing decision by selling our family home of many years and helped us find a suitable spot where we would be comfortable in a neighborhood that is perfect for us."

"Evan is a tremendous real estate agent, I highly recommend him. I worked with him to purchase my home in Madison Park, WA and his experience and knowledge were paramount to completing a successful transaction. His guidance during the inspection and his resourcefulness in referring me to skilled contractors/advisers separates Evan from his peers. Most importantly, Evan made sure I was buying a house that fit my family needs, at the right price, and will be the place my family will create lasting memories."

"Excellent knowledge of local market. Was incredibly patient with us. Didn’t push us and didn’t let us push him. Used him to buy our house and sell it nine years later."

"Evan came recommended to us by a friend and we are so glad to have worked with him to find our current home. Evan listened to our needs, was quick to respond, and did a great job focusing only on homes that met most or all of our requirements. He was very attentive and made sure we were well prepared, which significantly expedited our closing process. Evan brings a perfect balance of fun and professionalism that made our home search an overall great experience. We'd be glad to work with Evan again in the future and continue to recommend him to friends and family!"

"Evan is incredibly knowledge and very easy to work with. His knowledge of local neighborhood details across town was very impressive. He showed us pocket listings and new to market opportunities that helped us better understand what we needed. Strongly recommend working with Evan."

"Evan is a pro at all levels. He really knows the greater Seattle market and how to market a home. We sold a high end home and Evan was very skilled at working with potential buyers and getting absolute top dollar. He is also rare in that he listened to all of our needs and made sure they were met. We had some tricky asks and he got them done. We highly recommend Evan to sell your home!"

"Evan and his team were phenomenal through the home purchase process. It had been a number of years since we had made a purchase and he spent all of the time we needed and was extremely patient with us. His local knowledge and his local contacts also helped us get through the inspections etc. seamlessly!"

"Evan was a great resource for us when selling our home. He knows the neighborhood well, and being established in the area, worked really well with buyers' agents. He did a great job of marketing, gave us great advice on the timing of our listing, helped us review multiple offers, and ultimately helped negotiate a great deal. We would highly recommend."

"Evan was excellent to deal with both when we sold our condos and when we bought our new home. He was extremely knowledgeable and was able to act fast when it really mattered!"

"Evan is not only extremely knowledgeable about the Seattle market, but he is very fun to work with. His extensive experience in real estate, his caliber of business, and his ability to seamlessly manage problems that come up during a transaction make him unmatched in this market! I would highly recommend him to everyone in Seattle and the surrounding area - they will not be disappointed!"

"Evan is fantastic, and I would highly recommend him. He is knowledgeable, responsive, and a genuinely great person. I was forced to home-shopping from out-of-state - a process that Evan made remarkably easy. I relied heavily on Evan's judgement, and he picked out the perfect place for me: he knows what his clients want and delivers."

"Evan was a wonderful and professional REALTOR® to work with. His knowledge of the Seattle and Eastside market was vast. Selling, buying and relocating is such an emotional and personal investment. He made our experience feel seamless and it gave is great ease throughout this process."

Notice: We and our partners use cookies to give you the best online experience. Many cookies are essential to operate the website and its functions, others help keep the website secure, and some are used for statistical or marketing purposes. By clicking "I Accept", you consent to our use of cookies.

Cookies are small data files placed on your computer or mobile device when you visit a website. Website owners widely use cookies to make their websites work (or to work more efficiently) and provide reporting information.

Analytics Cookies cookies collect information in aggregate form either (1) to help us understand how the website is being used or how effective marketing campaigns are, or (2) to help us customize the website for you.

Advertising cookies are used to ensure advertising messages are relevant to you, for instance, by preventing the same ad from reappearing continuously, ensuring that ads are correctly displayed, or, in some cases, selecting advertisements based on your interests.

Social Cookies are used to enable you to share pages and content you find interesting throughout the website through third-party social networking or other websites (including, potentially for advertising purposes related to social networking).